I recall that at first photographic implements were related to techniques of cabinetmaking and the machinery of precision: cameras, in short, were clocks for seeing, and perhaps in me someone very old still hears in the photographic mechanism the living sound of the wood.

I have a bit of a thing for all things vintage, especially when it comes to cameras.

Recently, I acquired a fantastic little gadget: a Kiwi Lens mount adapter which allows me to use all of our manual OM lenses with my Lumix. It’s such a treat to be able to enjoy all of these fabulous lenses again which have literally been gathering dust in our camera cupboard for the last 5 or 6 years at least.

It’s a great thing. And I feel like a new photographic avenues have been opened up to me.

Yet… it has also rekindled a spark inside me. I feel nostalgic for analogue again. In addition to that, starting this blog and seeing other photo bloggers such as Steve Barnes, Benjamin Donath and Andy Fasoli who are making fantastic pictures with film, I have realised I really want to get back to it.

As much as I love digital (and I do, it’s really a great step forward for photography), I miss the excitement of picking up the latest roll of film from the printers, and even experimenting in the darkroom (badly, admittedly). I yearn for that sensory experience of making my own pictures; being immersed in a shadowy haze of red (always felt a bit illicit, somehow?), engulfed by that pungent acrid aroma of developer, stop bath, fixer… then that wonderful, private moment in the almost-darkness when the chemicals swish gently over paper and your image which you made starts to emerge, slowly, magically, before your very eyes.

It’s a thrill which never fades even if you do it over and over, and, even though you know that it’s all just the chemistry of light reacting on silver halides, it really feels like a little bit of alchemy which you made happen. There is something perfectly meditative, almost religious, about the whole process.

Film also has an aesthetic all of its own, of course. And yes, I know you can achieve all of those effects using Photoshop now, but half the fun for me was always exploring all the subtly different characteristics of all of those wonderful films I used to use, and finding the right film for the right subject: Ilford FP4, panF, Kodak portra, fuji superia, and then all of those colour reversal films which were just so pure in image quality, like ektachrome velvia, provia and sensia.

I think every aspiring photographer should go right back to basics and have a go at experiencing the craft of photography: shooting a roll of black and white negative film, then developing and printing it themselves. I remember with such fondness my first darkroom experience. The dizzying array of materials and equipment: enlargers, easels, trays, chemicals, tongs, filters, timers; not to mention paper of all qualities and grades. Then the excitement of negotiating the semi-blind process: fumbling clumsily around in a changing bag; mixing those chemicals; focusing an enlarger; exposing the image: burning in highlights; dipping the paper in one tray, then the next, and the next; and finally holding it up with the tongs proudly, in the knowledge that you did that from start to finish without the need for a computer, or even a printing lab. At least once, everyone should try it. It’s just so much fun apart from anything else.

Alex and I have built up quite a collection of old cameras over the years, and if I had the funds I would collect more. I love old camera cases too – I have to admit to having a bit of a fetish for metal against leather. Throw a bit of velvet lining in there as well and I’m totally smitten. I love the look and the feel of old cameras; the familiar clunk of the shutter (such a great sound), the satisfying weight in my hand.

I love these mechanical sounds in an almost voluptuous way, as if, in the Photograph, they were the very thing.

Old cameras have their own personality, their own idiosyncracies (like people, maybe, it’s the imperfect bits that make us loveable). So then the camera becomes part of the ‘thingness’ of the photograph, leaving its own imprint upon it.

Digital cameras just seem a little but bland to me in comparison (I know there is a trend for the retro look right now, but somehow it’s not quite the same thing) so whilst we can make fabulous images, and undeniably they are hugely convenient, I just can’t get as excited about the medium when I am using them, as with a film camera. They’re just a bit too streamlined and whizzy all dials and buttons and a bit, well, invisible to me.

Now, here for your ocular stimulation is a choice selection from our vintage camera cupboard… 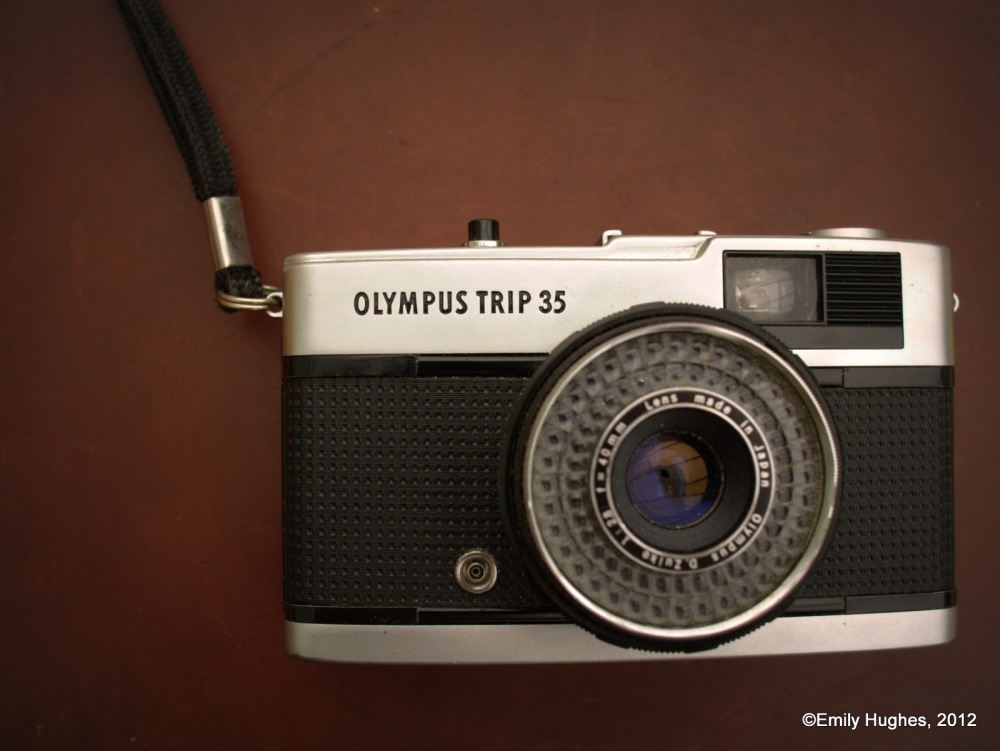 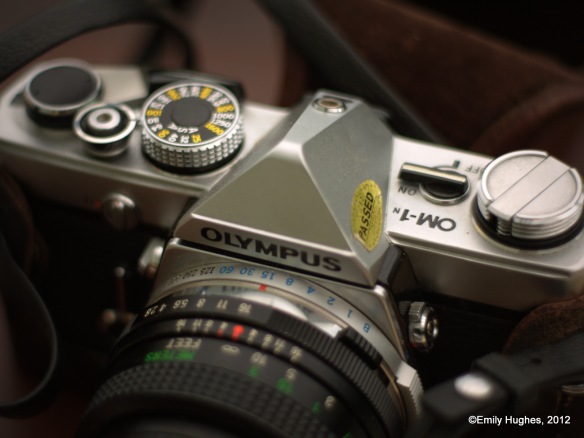 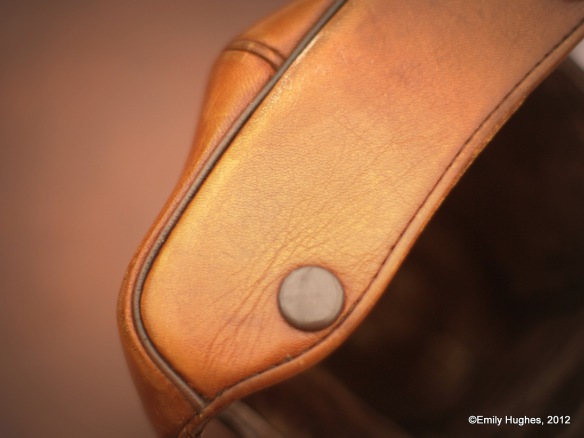 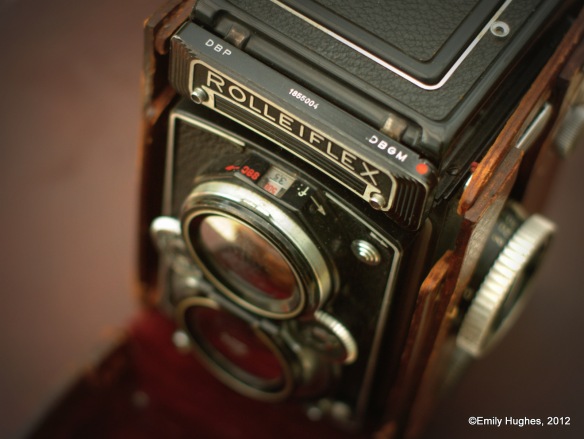 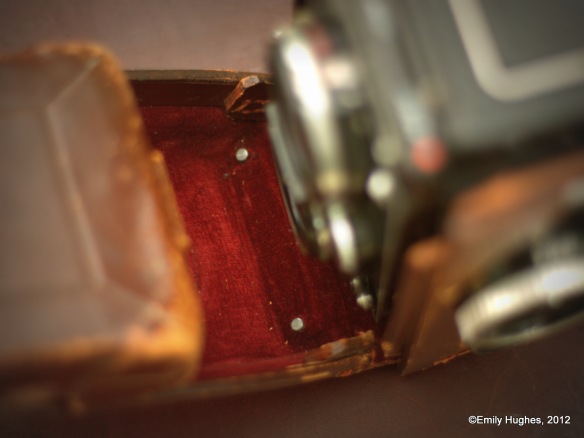 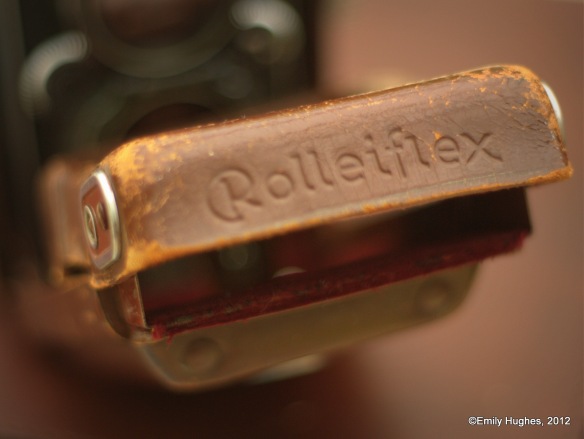 I also discovered a big box of various different unused rolls of film which I plan to start using up over the next few weeks. I’m looking forward to seeing the results as it’s probably all mostly out of date by now.

I can’t wait to use the Rollei again too. It’s so basic, but such a beautiful camera.

So, watch this space…

And please please share with me your vintage loves! I would love to hear about your film experiences and/or cameras you own!

← A private moment
The space in-between: Reflections of a passenger →