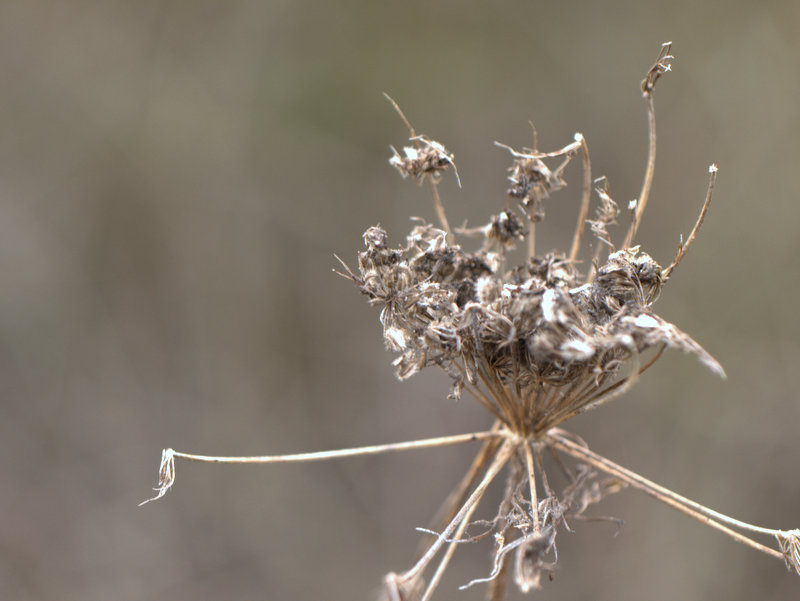 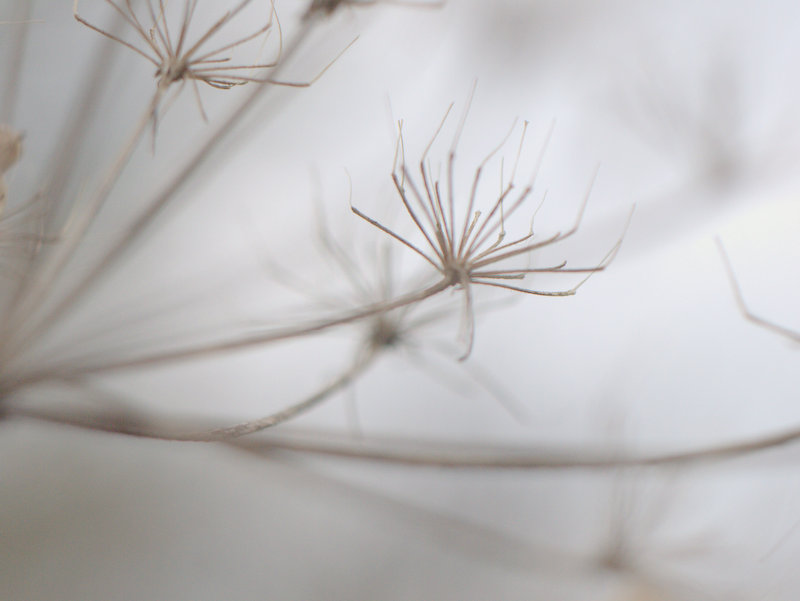 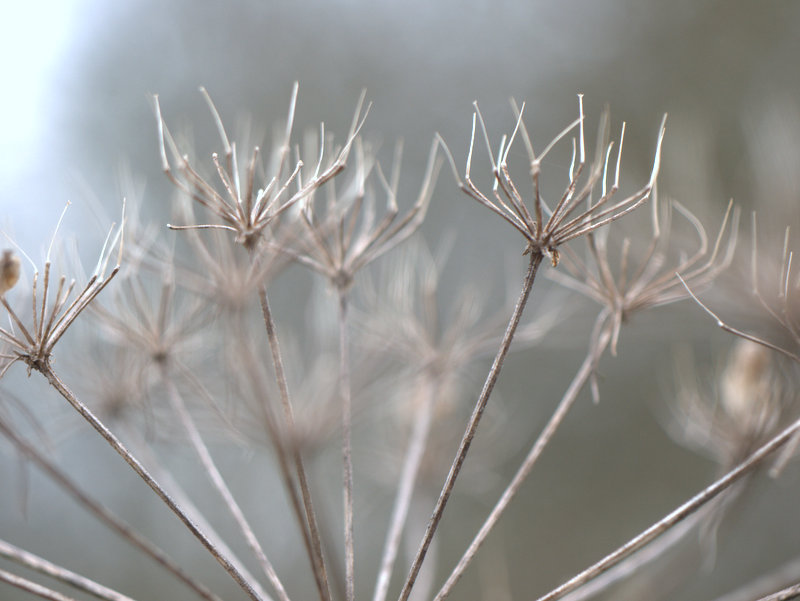 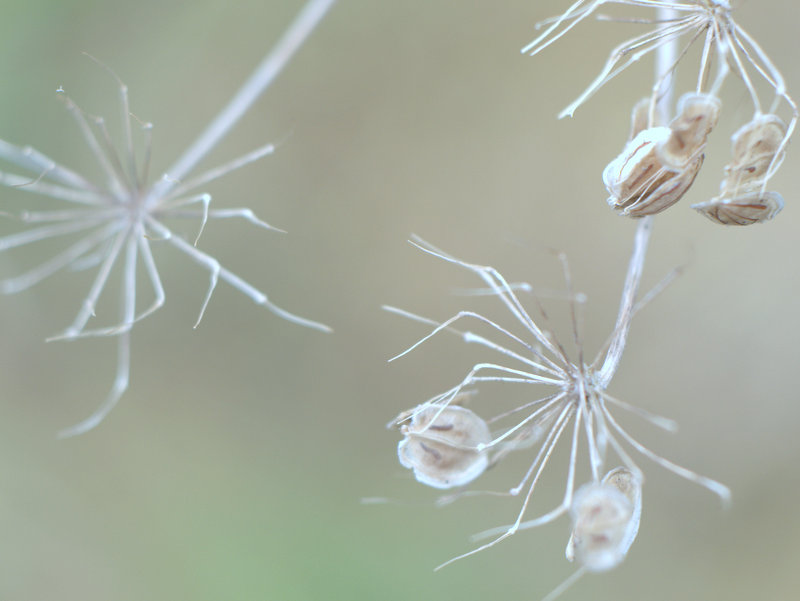 It’s still so cold and bleak out.

As I walked my feet trod a dubious path of churned up mud and wasted bracken. I nodded at occasional dog walkers. Grim smiles. It was a cold day, and I kept my gloves on until I needed to take a shot. The wind whipped up around me on the open fields, and stung through the gaps in my loosely woven woolen hat. Inadequate, I now realised. I pulled it tighter under my chin and sought out bushes and hedgerows for shelter. I had my tripod, but decided to chance it, and when I squeezed the shutter I held my breath and stilled myself against the wind.

The lens picked out ghostly apparitions of dead seed heads dangling dejectedly. Their spidery limbs turned upwards, as if beseeching. They seemed to be whispering their final confession to winter’s close. When I visited them in Autumn they yet guarded a thousand jewel-like secrets; tight, alert and intent, but now they hung open carelessly, tired and resigned. Their secret treasures spent, abandoned.

After a while the wind stilled a little, and the sun showed up and played a little game of hide and seek, dancing capriciously behind the clouds.

Eventually I found what I was looking for amongst the amongst the razed, endlessly barren fields, the naked trees, the menacing thorns and the brittle, tangled weeds: Embryonic signs of almost-life 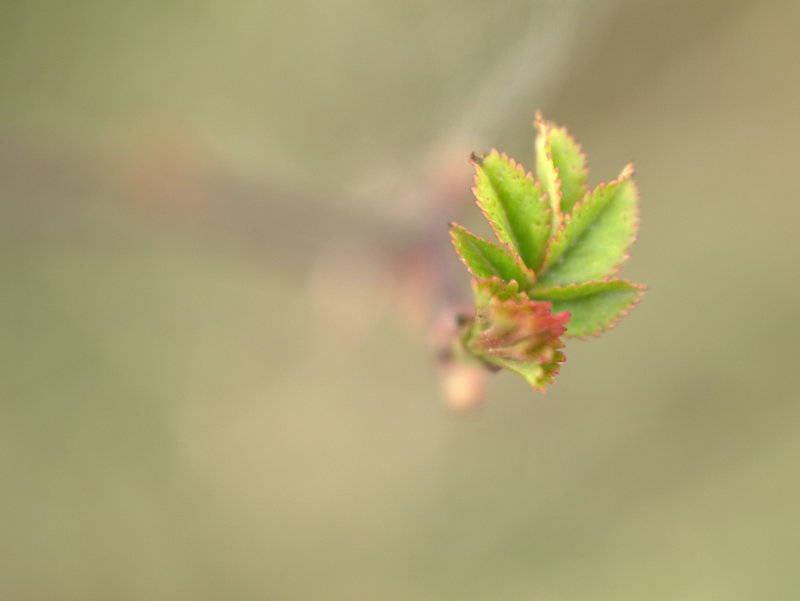 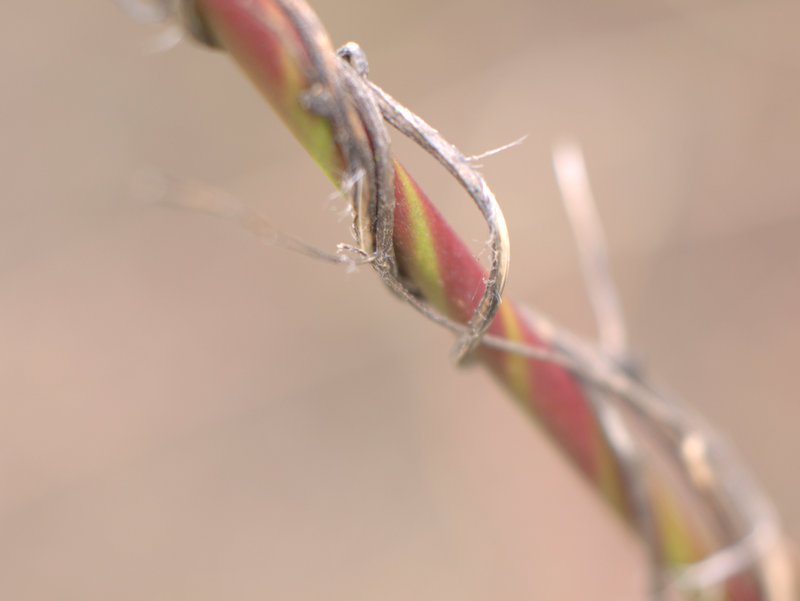 I ran home like a child with a smile on my face. My cheeks rosy pink; my heart humming in time with the carefree twittering of the birds.

← Drifting
In the gallery →