full of the joys

Jostling, whirring and bouncing in to town. A pair of dizzy bumble bees on the first sunny day of spring! 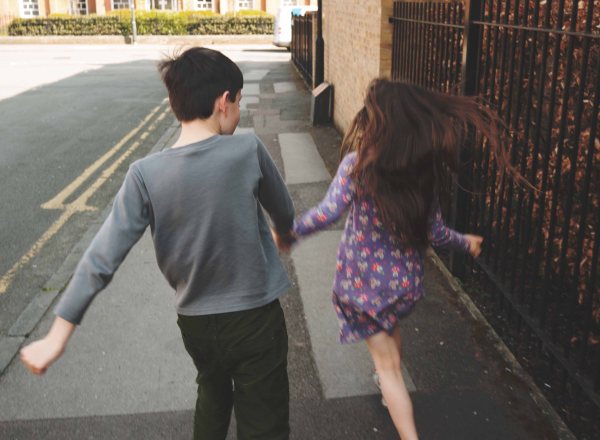 Something about this lonely shoe caught my eye.

So, today I am sharing my love for more random things. This time it is chairs. I am not sure why they are so appealing (I know it’s a bit strange). There is something about empty chairs, though, which draws me to them – compels me to photograph them. They have to be slightly-out-of-place-looking. Sort of lost; expectant; hopeful. Waiting to be useful, perhaps? Waiting for someone to take their willing seat, to mould themselves into their close contours. A chair is full of promise. (A bench is not the same thing at all, by the way. People perch on benches. They sit on chairs, get comfy, relax, wriggle a bit until they find a good position. Like a cat which pads around on a welcoming lap until it finds that perfect arrangement of cat-on-lap). A chair is a good thing. And they seem to often come in pairs. This is one of my favourite chair pictures. I hope you like it.

I am re-reading Roland Barthes’ Camera Lucida. What has struck me with much greater emphasis this time around is Barthes’ highly emotional response to the subject matter of photography. He realises early on that he will not be able to write on the subject in his usual objective, scholarly style, being unable to separate himself from his own personal, instinctive and of course highly subjective response. He wants, instead, to understand photography in a “primitive” way “without culture”(p.7)  and his language, accordingly, is visceral; at times violent in nature. He describes how individual photographs have the power to induce a range of intense emotions in him ranging from fear and grief to excitement and love (and then at times just plain indifference). The metaphor that strikes me with its force and agression is that of photography as a “wound”:

A wound is something painful and unpleasant, but more than that a wound is flesh which has been penetrated. His investigations are not just intrusive, they are brutal, primal, and inextricably linked with being.

So this project – to understand photography – is not just a scientific or scholarly one, it is an essential one; it is phenomenological, and it is ontological. These themes which underpin Camera Lucida are entirely human: life, death, pain, ecstasy. Indeed, Barthes writes of the experience of being photographed (he likens it to being “in parenthesis”) as akin to dying (p.14). This separation of himself from reality, this looking upon himself, or ‘othering’ is truly a morbid experience for him, turning him into a kind of sceptre, and throughout there is a sense of alternating between extremes of emotion on the subject of photography. He is attracted to it (he descrbes in erotic detail the excitement the mechanical ‘click’ of the shutter induces in him). But there is fear there, too. Not in the mechanics of the camera, which is satisfying and comforting, but in the eye of the photographer. The eye penetrates him, and it kills him. Just a little bit.

Barthes doesn’t know how to categorize photography, but he recognises it is somehow essential. In the end he is unable to separate his own self; his own emotions and desires, and his own essential being from photography.

So photography is a confusion of the subject-object relationship, in that we cannot separate it from ourselves. A photograph  “carries its referent with itself” (p.5) which induces this kind of unnerving or perhaps unheimlich experience Barthes has when he looks at some pictures. This carries us neatly back to themes of haunting and death. I have often thought of photographs as kind of shadows or ghosts; little replicas (“little simulacrum” (p.9) Barthes calls them) of moments in time; moments otherwise long forgotten, dead. A photograph occupies its own time-space, or creates it rather, and I think this is quite unnerving.

Anyhow, I digress (albeit it willingly) and need to pull myself back to Barthes and his concepts of studium and punctum, otherwise this blog entry will not make a whole lot of sense…. here we are back to the idea of photograph as wound. Whilst studium is described as a kind of general interest in the idea of a photograph (the way we might be interested in something when we ‘study’ it, so in quite a detached way); the punctum is the bit that disturbs all that and leaps out at you, excites you; the pin prick of surprise, the question mark – the bit that gets you in the gut. It is, in essence, the emotional response – the element of surprise. Of course he describes it so much more eloquently, so I shall refer you back to his wonderful words:

…the photographs I am speaking of are in effect punctuated, sometimes even speckled with these sensitive points; precisely, these marks, these wounds are so many points. This second element …. I shall therefore call punctum; for punctum is also: sting, speck, cut, little hole – and also a cast of the dice. A photograph’s punctum is that accident which pricks me (but also bruises me, is poignant to me). (p. 27)

This photograph of a dress hanging outside a second-hand shop is my attempt to illustrate punctum. The street scene in itself is fairly ordinary; a quiet residential suburb of Berlin – a few cars, grey buildings, a beautiful sunny day the trees cast dappled shadows on the cobbled pavement below. The shop owner has decided to display her wares on the street. She has saved one special dress for prime position; hanging from the awning it catches the eye immediately (studium?). It is the dress of every little girl’s fairy-tales: romantic, swishy, twirly, frothy and flouncey. It makes you feel good just looking at this dress. And the way it dances there provocatively in the gentle breeze is so pleasing to the eye. The happy accident, or the punctum, for me is the perfect shadow that the full bloom of the dress casts below in the direct sunlight, drawing the eye to the fore of the picture and then back up to the dress again. Not so much an intentional detail, as I recall, it provides that extra little ‘oh’ of joy; that “sting” of surprise. The other thing I like about this capture is the way the dress juxtaposes with the banality of the street scene almost as if it has been superimposed upon it. The way it’s floaty ephemeral-ness sort of jarrs against the ordinariness of the row of parked cars. Maybe that is the punctum? Now that I close my eyes and look at it again, maybe that is the thing that works on me.

I wouldn’t be so bold as to suggest that I have succeeded in demonstrating Barthes’ theory with this image. Of course there are many photographs in the book which he uses to illustrate it much better. But I am working towards it… let’s call it an attempt. Let me know what you think…

Text: Camera Lucida, by Roland Barthes, published by Vintage, 2000 and originally published in 1980