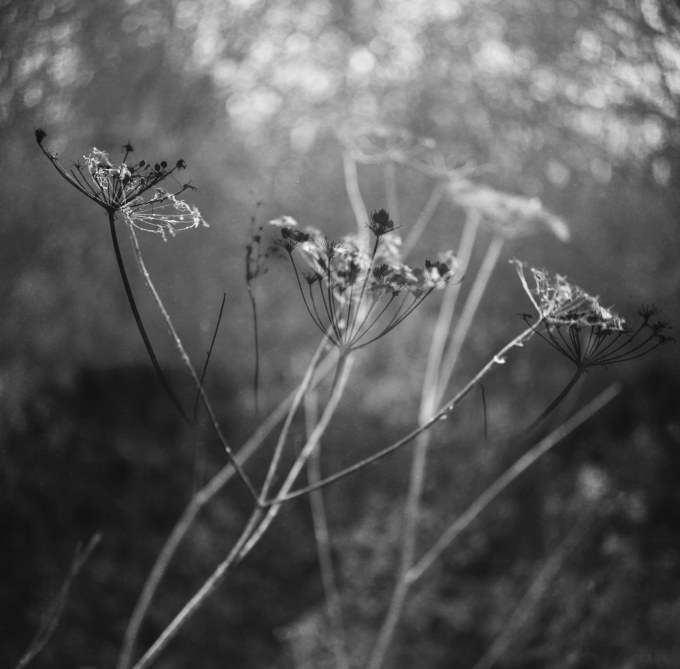 I’m trying to work on a new black and white image, so I’ve been playing around with a few ideas.

I love photographing seed heads. It’s a mild obsession of mine. They are a popular subject these days, it seems, appearing on everything from kitchenware to lino prints. I’m a big fan of Angie Lewin’s lino cuts especially. I think it is a bold simplicty in their structural form, and  an unassuming elegance which makes them so enticing and lends itself so well to so many different media. I have always felt like they are beseeching in some way; offering up their fragile form to the wide open sky. To me, they have become a symbol of the infinite, innocent generosity of nature’s gentle rhythm.

Usually, I would reach for the macro lens and get in close (as I did here, here, here, and here again!), but I decided to try out my rollei with some black and white medium format shots for a different perspective, still keeping the aperture as wide as I could. Unfortunately I had a bit of a light leaking incident, which is why the last image has a flecked, slightly grainy appearance (the film was fine grain), but I decided not to correct this. I quite like the otherworldly effect. It’s a bit like a meteor shower, or some other celestial phenomenon. As if their willowy limbs are tentatively reaching out to greet a scatter of star dust. 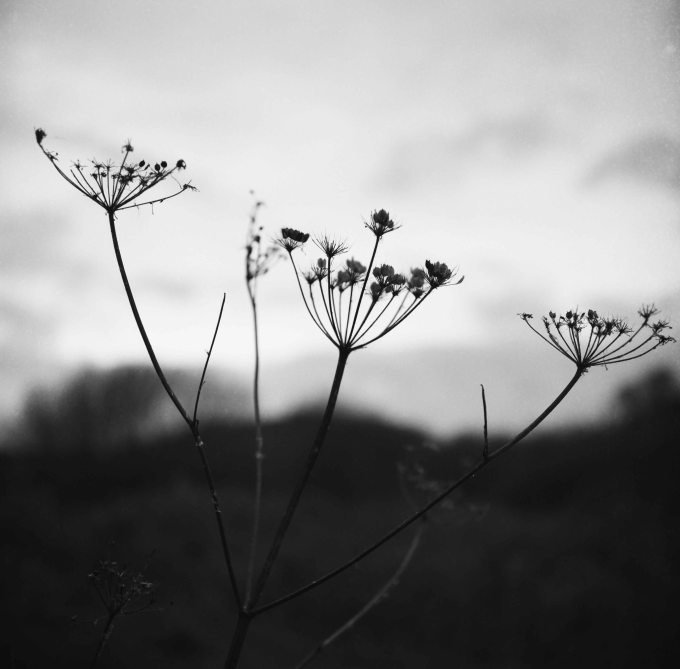 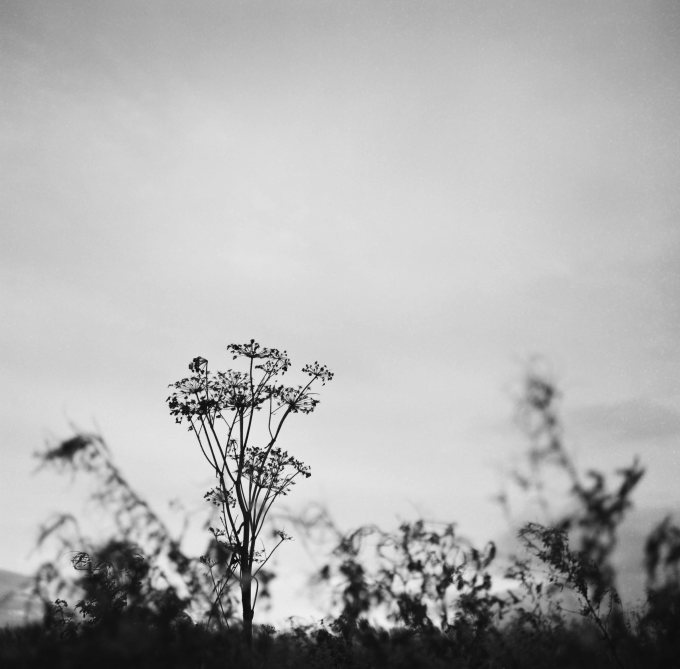